5 Common Side Effects of Savage Race Savage Race gives you the opportunity to conquer the world’s best obstacles and experience the thrill of a lifetime. It’s a chance to get outside of your everyday routine and do something way (way!) outside of your comfort zone.

Whether you’re planning to run in your very first event later this year, or you’ve been with us since the very beginning, there are five common side effects that you’ll always bring home from Savage Race.

END_OF_DOCUMENT_TOKEN_TO_BE_REPLACED This Father’s Day, we want to recognize Bobby Thompson, an obstacle course race enthusiast and new father to a beautiful little girl, Ila Thompson, who was born on January 9, 2015.

END_OF_DOCUMENT_TOKEN_TO_BE_REPLACED A shirtless man wearing a black bow tie and a lovely woman in a knee-length white dress arrived at Savage Race Maryland, ready to embark on the adventure of a lifetime – literally.

END_OF_DOCUMENT_TOKEN_TO_BE_REPLACED It should have been her first day of 7th grade, but instead, Shelby Daniel was in the hospital.

Shelby’s life changed drastically when she was suddenly diagnosed with Type 1 Diabetes at just 12 years old.

She spent a week in a children’s hospital when her pancreas quit producing insulin and her immune system began attacking her own body. Her biggest concern was that she might not be able to continue living the athletic lifestyle she had grown to love.

END_OF_DOCUMENT_TOKEN_TO_BE_REPLACED 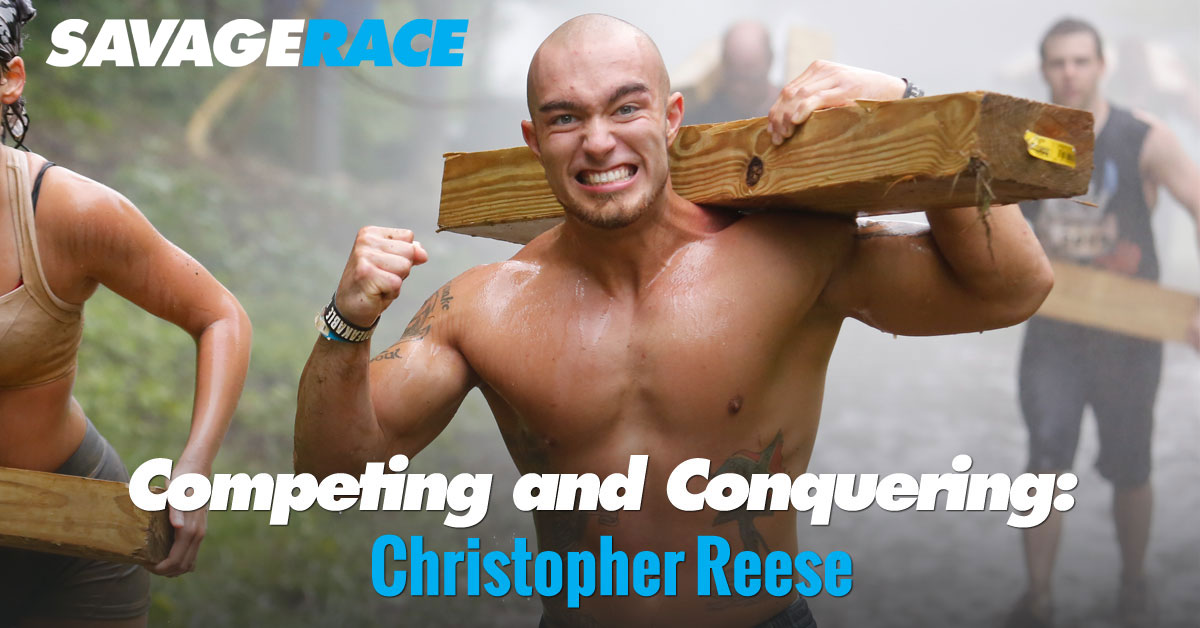 Christopher Reese knows what it takes to change.

His life currently revolves around training for obstacle course races. But just a few years ago, he was headed in a very different direction.

END_OF_DOCUMENT_TOKEN_TO_BE_REPLACED At just 4 years old, Jeremiah Curtis was shot close to the heart by another child playing with a gun.

Deep in the Rocky Mountains of Colorado during one of the worst blizzards in history, the ambulance could not reach him.

His mom and a friend managed to transport Jeremiah to the ambulance in a truck that could get through the snow. From there, medical personnel tried to get him on a life flight to the hospital – but it was grounded due to the weather.

END_OF_DOCUMENT_TOKEN_TO_BE_REPLACED On his birthday in the summer of 2012, Christian Restrepo made a decision to lose weight and regain his health. Weighing over 280 pounds made exercise extremely difficult for Christian. He couldn’t run without something hurting, whether that be his shins, lower back, or his ego. So he decided to do something about it.

Using Savage Race as both a motivator and a way to track his fitness progress, Christian went on to participate in five Savage Races in Florida over the next three years. Over the course of this journey, Christian dropped 90 pounds with only 10 more to go to reach a total weight loss of 100 pounds. This year, he will complete additional Savage Race events in Florida and Georgia.

END_OF_DOCUMENT_TOKEN_TO_BE_REPLACED